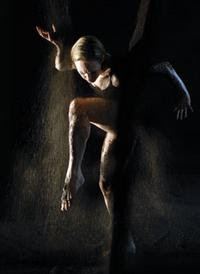 Wednesday 25 March 2009, Cambridge, UK: For the first time ever, a modern dance company has performed to music generated from seismic data, recorded from four volcanoes across three continents. This unique event was facilitated by DANTE, the provider of high speed research and education networks, the two distributed computing projects, Enabling Grids for E-sciencE (EGEE) and E-science grid facility for Europe and Latin America (EELA), as well as CityDance Ensemble, a prestigious company based in Washington, DC.

The dance, titled The Mountain, was part of CityDance Ensemble’s Carbon, a work-in-progress about climate change. Originally presented in sold-out performances on 14 and 15 of March at the Music Centre, Maryland, USA, it is now available to view here. To download the video click here.”