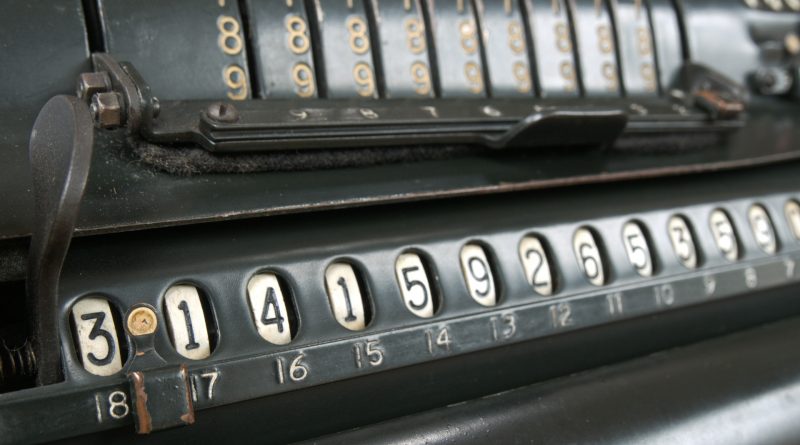 At the end of chapter 118 of the Enen Shouboutai manga, the characters find in the ruins of an “ancient civilization”, a numerical sequence that is quite long and apparently does not follow any pattern. Even resembling a random sequence.

At the time, one of the characters (Arthur Boyle) “realized” that pieces of that finite sequence corresponded to finite sequences present within the number Pi.

If you want to search for numbers in the decimal sequence of Pi, the Atractor website makes this search possible in a considerable number of places.

However the most interesting point of this discussion is, does any finite sequence appear in any irrational number?

The answer is no!

The Liouville number is an example of an irrational that we can easily show that there are finite sequences that do not appear in their decimal places. This number is formed by the series 1/10^(n!) where n is a Natural. For you to better understand what this number looks like, I’ll put its first 25 digits here:

Now you might be thinking, is there any irrational number at which any finite sequence appears?

The answer is yes!

The Champernowne number is an example of the irrational of which we can easily show that any finite sequence will appear in its decimal places. This number is formed by the sequence of Natural numbers in their concatenated representation. For you to better understand what this number looks like, I’ll put its first 54 digits here:

Anyway, you may still be wondering, do any finite sequences appear in the decimal places of Pi?

The answer is nobody knows

Just to remind ourselves, Pi is an irrational number that expresses the ratio of the length of a circle to its diameter. A rather rudimentary method of approximating the value of Pi (which was shown in the post The forgotten brothers of π) is by constructing regular polygons with a large number of sides, and then dividing their perimeter by their main diagonal. When the number of sides tends to infinity, this ratio will tend to Pi.

Thus, the decimal places of Pi that many memorize (3.141592…) are not obtained in an arbitrary way.

But a property of irrational numbers that has been heavily investigated in Mathematics is the distribution of their digits, in this case, if their digits are randomly distributed within some numerical basis (such as if we rolled a 10-sided die to decide between 0 and 9 which will be the next value of the decimal sequence), the irrational number is called Normal. Thus, a Normal number will certainly have any definite finite sequence, since the probability of it appearing will never be null and the decimal extension of the irrational number is infinite.

But to answer the question itself, no one has yet been able to prove that Pi is a Normal number. For although constructing Normal irrational numbers is relatively simple, identifying whether any irrational number is Normal is not a trivial task. That is, although several fronts believe that Pi is Normal, to say that any finite sequence will surely appear in its decimal places is by now a conjecture.