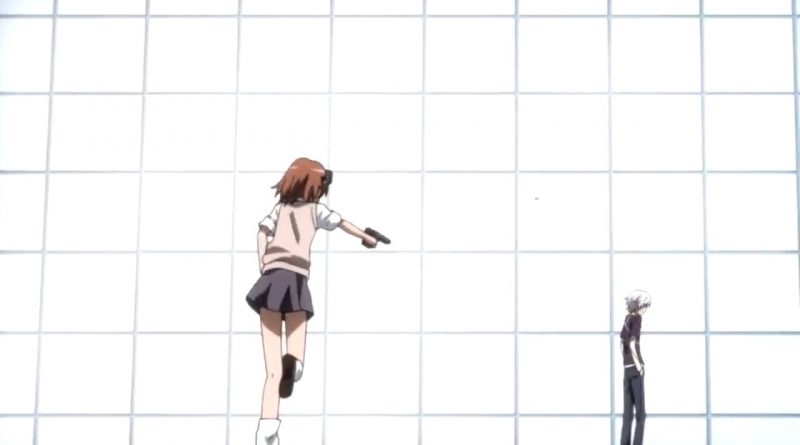 If you parachuted in that post, don’t be alarmed if you don’t understand the title, let’s start the explanations.

XP means “experience”, a term widely used to represent the development of the character in digital games, so the character needs to gather some XP to evolve to the next level. These levels of development involve leaps in skills and other improvements, distinct from real life progression, in which we move continuously between levels.

Accelerator and Misaka are important characters in the Toaru Majutsu anime in the Index. In this universe there are “esper”, who are people with special powers from scientific advances received. Thus, after the process that leads someone to become an esper, there is a chance that she will not develop any special powers, being considered as a level 0 esper (the protagonist, Touma, is considered a level 0 esper). When a person develops some special power, it is measured and rated on a scale between 1 and 5.

They mention in the plot that only 1 out of 328.571 of those who went through these processes, developed powers classifiable as level 5. Thus, of all the 2.3 million that became Esper, there are only 7 at level 5, and of these, we have the Accelerator and to Misaka.

Talking briefly about each of them, Misaka is a girl with the power to generate very strong electrical charges, while Accelerator is a boy capable of manipulating the direction vectors of everything that comes into contact with him.

In that world there is a study on the potential to make an Esper’s power reach level 6 on this scale. For this, it is estimated that the Accelerator (considered the most powerful of Esper level 5 and the main candidate for the experiment) would need to eliminate Esper Misaka 128 times. But as this condition was not possible to be applied, they worked with an alternative experiment, involving the cloning of Esper Misaka, but each clone of it is an Esper with power between 2 and 3, under these conditions, the Accelerator would need to eliminate 20.000 Misaka clones in constant battle attempts to destroy it using different methods. Only then would he accumulate enough experience to cross the upper bound that restricts the power of a level 5 esper, making him attain the power of a level 6 esper.

Another important point for this analysis concerns Misaka’s desire to stop the experiment, as she feels connected to her clones. However, the protagonist (Touma), warns that even Misaka facing the Accelerator, he would be just a level 5 esper fighting against another level 5 esper. Even if Misaka wins, the system will consider this a coherent result and within the possibilities. The only way to “interrupt” the experiment, would be to give the system an absurd result, something that is beyond all measures of the calculable… in this case, a level 0 esper defeats the candidate for level 6 esper. If this is considered impossible, let’s assume that the system faces an attempt to wait level 0 to eliminate the Accelerator, as impossible, and thus does not attribute any experience to the event.

We will call 1.M the experience of defeating a Misaka. It takes 128.M for the Accelerator to evolve to level 6.

Let’s assume that the distribution of Esper in the population follows an exponential model:

With this information, we can estimate that the total level 3 Esper is equivalent to just 8% of the level 2 Esper population. So, let’s assume that the population of Misaka clones follows a similar distribution, that is, of the 20.000 clones, 1.600 are esper level 3 while 18.400 are esper level 2.

If 20.000 level 2 Misaka clones were enough for the Accelerator to become level 6, then each level 2 clone should yield 0,0064.M of experience. As this is not true, we have that each level 2 clone yields less than 0,0064.M of experience. We also know that of the 1.600 Misakas level 3 clones, together they are not enough, that is, the sum of their experience is less than 128.M. Thus, each Misaka clone level 3 should yield less than 0,08M.

Under these conditions, we calculate what the values ​​of X and Y should be, and we arrive at:

That is, for any value of X, we can define how much Y is worth.

Now choosing an exponential function that meets our expectations, we arrive at: