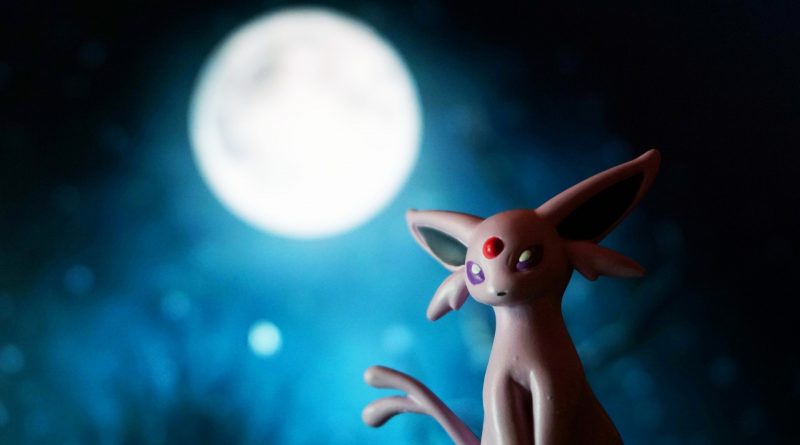 In this post we will deal with classes and subclasses. In mathematics a class is a collection of objects that share the same property. For example, the class of “can openers”, in this case I don’t care if they are for right-handed, left-handed, manual, electric, or their color, shape, or any other characteristic that differentiates them. But all of these objects share the characteristic of “opening cans”. Thus, a subclass is a class contained in another class. For this reason, a subclass inherits the property of the class, that is, the “left-handed can openers” is a subclass of the “can-openers”. In this way, they inherit the characteristic of opening cans, but share a common characteristic (being used with the left hand).

A few months ago I wrote a post about Pokémon Red discussing the term conjecture a little and using this game as an example to formulate one (it would be possible to zero the game, that is, defeat all the gyms, Elite4 and its rival, without capturing Pokémon or even to treat them as goods, purchasing them in stores or casinos). Within this hypothesis, we showed that this was possible for the early Pokémon Bulbasaur and Charmander, but not for Squirtle (if you want to read this post, click here).

In that sense, we have a class called Pokemon – versions for gameboy and gameboy color. This class includes the following games:

These 7 versions have several common characteristics (command buttons, mobility, combat actions, Pokémon moves, types of Pokémon, advantages and disadvantages, among others), which makes it possible to include them in this larger class.

With this idea of ​​classes and subclasses, when we ignore contact with wild pokémons and the acquisition of pokémons by commerce or casinos, reducing the objective of the game to defeat the gyms, Elite4 and our rival, we can say that:

Pokemon Red, Pokemon Green and Pokemon Blue belong to the same subclass. That is, if in the previous post I showed that it was possible to reset Pokemon Red starting with Bulbasaur or Charmander, but not with Squirtle, then this also applies to Pokemon Green and Blue, even though I haven’t played to show it. This is because these three games would present the same characteristics and possibilities for growth when we consider the property of ignoring contact with wild pokémons and just adopting pokemons.

Thus, solving this conjecture for one version, we were able to generalize to the other two versions that belong to this same class. But this does not extend, for example, to the Yellow version, which although it has from Pokémon 1 to 151, it has different game characteristics to this applied property, which make this game different from the other 3 versions. Pokemon Yellow is then a subclass of Pokemon games, but it is not in the subclass that we tried. It is actually a subclass independent of the others.

Another case, which is the subject of this post, refers to Pokémon Crystal. The Pokémon Gold and Silver versions are subclasses of Pokemon, however the Crystal version is within this subclass. In other words, all the elements present in Gold and Silver are also part of Crystal, however this version has more features than Gold and Silver. What characterizes it as a subclass of this Pokemon class subclass.

Applying the conjecture of just adopting in Pokémon Crystal we arrive that of the 3 initial choices, just starting with Totodile (a water pokémon that looks like a biped alligator) it is possible to reset the stipulated objectives. Proof of this follows in this video.

In a very short form, which prevents zeroing this version starting with Cyndaquill or Chicorita, it is a complexity to get the evolution stones that would lead some of your adopted Pokémon (in this case, Eevee) to be compatible with HM03 (surf) . For while in the Red version it was enough to go to the shopping center and acquire the stone of water, in this generation we need to get the phone contact of some characters and wait for them to call us warning that there is something of interest to us … which can really take time to happen (for you to have an idea of ​​the luck factor in this requirement, in the almost 5h playing, this character never called me)

Just like the example with can openers, showing that for some element of a subclass it was possible to perform this action, this does not necessarily include the elements belonging to the class (for example, industrial can openers open the cans automatically, however this is not generalized to all who are part of the can opener class).

Thus, if we are sure that it is not possible to reset the Crystal version starting with Cyndaquill or Chicorita, for a reason that was inherited from its class. So, this result also applies to the Gold and Silver versions.

However, being the Crystal version more robust in resources than the Gold and Silver versions (for example, you get an Odd Egg that can be hatched and add a different Pokémon to your team than the ones you naturally adopt), prove that it is possible to reset it , cannot be extended immediately to the more generic classes. Summing up: