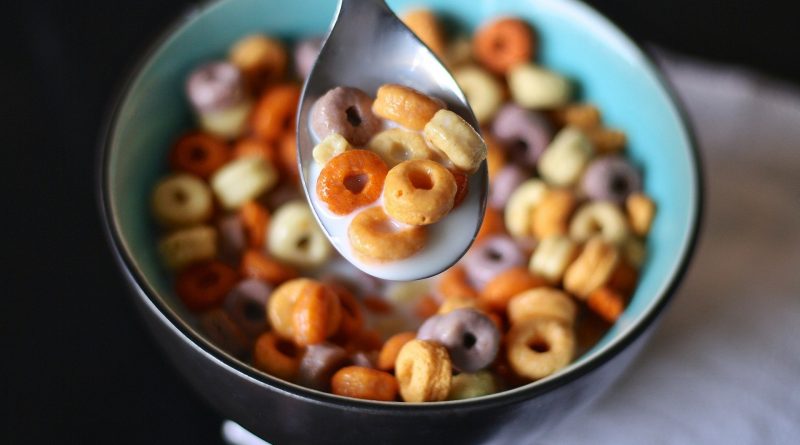 This is a dilemma presented in the context of Sesame Street from the meme below:

The respective scene is from the episode “Let’s Eat! Funny Food Songs ”, which can be easily found on youtube, but unfortunately this dialogue between waiter Grover (right on the scene) with Mr. Johnson (left on the scene) is invented and only exists in the form of a meme (yes, I watched the episode to check).

But let’s get to the question that bothers most of us who like to put milk in cereal. What is the answer to this complex question? Is the milk in the cereal a beverage, a broth or a sauce?

The answer to that question within classical logic is, yes!

Yes, the milk in the cereal is a beverage OR a broth OR a sauce.

When we study classical logic, we have the concept of valuing variables, this means that they can be true or false (which does not exist for example in positive or minimal logic).

This OR is often confused with the “or-exclusive”, which has the function of saying “if one then not the other”. For example “does this month go until the 30th or 31st?” In this case, one statement annuls the other, because if you go until the 30th you will not be able to go until the 31st, and vice versa.

However, the same sentence could be interpreted as an “or-inclusive” in which the answer would be “yes” if the month runs until the 30th or 31st, and not if the month was February (which can be between 28 and 29 days).

Thus, when Mr. Johnson says yes, he is interpreting the question as an “inclusive” in which he will only be wrong if the milk is neither a beverage, nor a broth, nor a sauce.

*** Yes, mathematicians are boring … it reminds me of that joke of a person who tosses a coin to a mathematician to guess the result and asks: Head or Crown? And the mathematician replies: Yes! The result will be Head OR (inclusive) Crown.