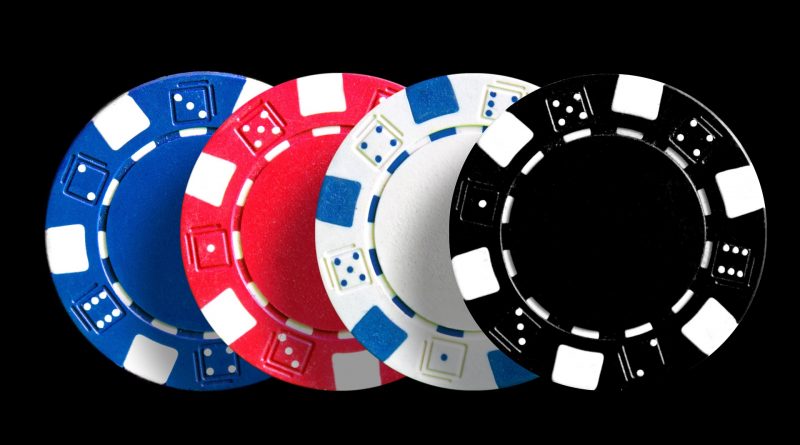 Match summary:
Each person’s soul is worth 6 tokens, and D’Arby has 12 tokens (as he captured the soul of Joseph and Polnareff, two companions of Jotaro).

D’Arby, in addition to being an excellent player, he took care that everyone on the grounds and around, worked for him. So, no matter who Jotaro chose to deal the cards, that person would come to shuffle in order to favor D’Arby. Jotaro on the other hand has the power of “Star Platinum”, an energy entity with a lot of physical strength, speed and perception.

First round: Jotaro and D’Arby each bet three soul chips (Jotaro has 6 referring to his own soul). Jotaro believes he has a good hand, but that’s just what D’Arby wanted him to think, and then Jotaro loses by a small difference (this round doesn’t interest us much, so let’s move on to the next one).

Second round: D’Arby starts with {3 of clubs; K of clubs; K of diamonds; K of hearts; 5 of spades}, discards {3 of clubs} and receives a new card {K of spades}. While Jotaro doesn’t even look at the cards he received and immediately increases the bet to 9 chips, placing in addition to the remaining 3 referring to his soul, 6 chips referring to the soul of his companion Avdol.

D’Arby is intimidated by Jotaro’s coldness, and tries to break his seriousness by increasing the bet to 12 chips (the two complete souls of his teammates) and claiming that Jotaro can cover the bet if his companion Kakyoin’s soul is at stake, who is in the hospital. Jotaro calls the bet on 12 chips by placing half the chips in Kakyoin’s soul without hesitation.

Jotaro then raises the bet by placing half of the chips in Kakyoin’s soul and 6 chips representing his Holy mother’s soul, going to 21 chips. Demanding that D’Arby to level the bet, put into play something of the same value of 9 chips, more precisely, the secret behind the power of the great villain of this anime, Dio Brando. D’Arby doesn’t have the courage to put the secret about Dio Brando’s power at stake, and he collapses in the middle of the match.

The question behind this post and what led to the ruin of D’Arby, what are the chances of Jotaro winning?

To understand this, we need to see a little bit of probability and poker rules. D’Arby held 4K and a 5 of spades, and discarded a 3 of clubs. That is, of the 52 cards in the deck, Jotaro could have 5 of the 46 that did not pass through the hands of D’Arby.

A court in poker only loses to a higher value court (in this case, only one A’s), a straight flush or a royal straight flush. For us in this post, the straight flush and the royal straight will be equivalent, both are sequences of 5 cards of the same suit and consecutive numbers or letters in that order: 2, 3, 4, 5, 6, 7, 8, 9, 10, J, Q, K, A.

D’Arby knows that Jotaro doesn’t have the K cards, nor 3 of clubs, nor 5 of spades. Thus, the possible combinations that would lead Jotaro to victory, would be (I will call Clubs of P, Spades of E, Diamonds of O and Hearts of C to facilitate the notations).

Of these 1,370,754 possibilities, only 64 Jotaro would win. This gives Jotaro a winning chance of approximately 0.004%. In other words, D’Arby’s chance of winning was approximately 99.996%. However, Jotaro’s coldness and the fear that D’Arby has to suffer the consequences for telling Dio Brando’s secrets, made him retreat before such a huge margin of victory. To get an idea of ​​what this winning margin is for Jotaro, I put it on a pie chart.