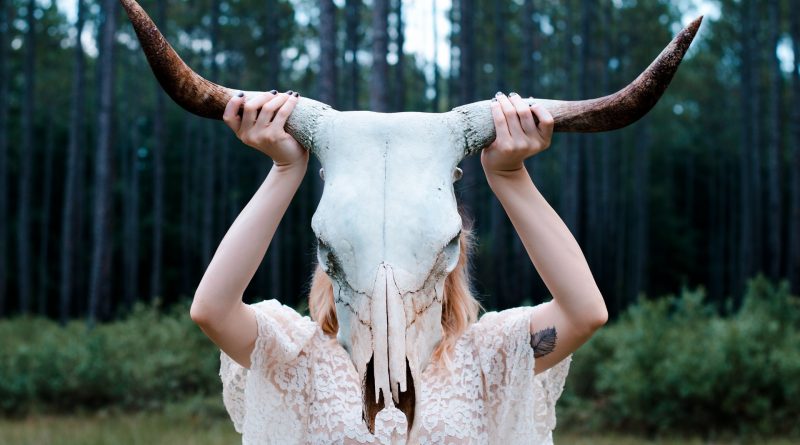 Early 1907, the Russian royal family celebrated the turn of the year with a traditional party and gift exchange. The Czar received some artifacts found in excavations of the ruins of the ancient Aztec civilization, among them, a small clay figurine. Some time later, this figurine cracked, shadows came out of it and covered its eldest daughter, as if entering its airways, then soon they were gone.

The child, just 10 years old, completely changed his expression, his sweet eyes were now cold and his voice was as cold as death. She moved towards her father with a force that did not match that size, and had to be stopped by 4 guards in an intense effort to hold her.

The family healer, said he recognized the symptoms and explained the bad that had fallen on the girl as being a former vampire from the American continent, that if he were not expelled from that body soon, he could kill her during the night, opening a hole in her chest. and walking until you find another host. The horrified Czar wanted to know how to resolve this, as he was very concerned about the safety and well-being of his heir, who was only 2 years old.

The healer explained that unfortunately, he needed to expose that creature to the power of the sun itself, but that it was inside the girl’s body, so the sun would not reach her unless it was physically extracted. This would come to kill the girl, but at least protect the rest of her family from being possessed by that creature. The Czar, trusting fully in his healer and with the clear image of what he saw his daughter possess and the strength she showed, authorized him to do the procedures. When one of the Tsar’s mentors, who was a physicist at an English university, and did not believe in the healer, he saw an alternative solution there.

The Physicist proposed that if the creature were weak in the sunlight, that they could hit the creature inside the child with the light at an intensity sufficient to destroy the creature. The healer with a contemptuous look at the Physicist, said that to reach the intensity necessary to kill that vampire, of which the academic knew nothing, he would need a light that would burn the child’s organs, killing him in the same way, only that most painful way.

The Physicist then says that it is possible to concentrate this intensity of light without harm to the child. The Tsar who had already lost hope, asks him to explain further. The Physicist says that based on what the healer knows about the vampire, it is possible to tell which part of the body he is in. In this way, we can hit the vampire with beams of light that do not damage the child’s organs. But these bundles alone will not be enough to destroy the vampire. Therefore, we will use many beams, all reaching the child from different angles, and finding themselves in the position where the creature is supposed to be.

The healer wanted to discredit that proposal, saying that it would not work, but the Czar, who although he had a lot of faith in his healer, said that his mentor was an expert in the light, having made several recent discoveries on the subject and if there was a chance of it work, without your daughter dying, so I wanted to try.

The procedures were carried out hastily and without rest by an entire team of physicists and technicians trusted by the Czar’s mentor. After finishing the structure, they immediately started the treatment, while the child remained sedated. The room was full of equipment and machines, added to the lights it was difficult to say what happened. Some say they saw a demon in the form of smoke dying around the girl, but that may have been just what they wanted to see.

Finishing the process, the girl woke up and that dark presence was no longer in her. They had no evidence of what it was or where it went, not even if that method was responsible for the girl’s healing. But at the Tsar’s own request, that matter was closed there and kept secret.

This is a fictional tale. The idea for him came from chapter 57 of the manga Dr. Stone, where with primitive resources the characters are looking for a way to melt Tungsten. The problem is that no vessel could withstand the high temperature of 3,422 degrees Celsius required for this. The solution was to combine all the available methods to heat that material, but starting from different directions. Thus, the surroundings of Tungsten would remain at a tolerable temperature for the container, while the heat would accumulate only at the intersection between the sources, which is the target to be melted.

I was also based on this story, in a form of treatment against cancer cells that already existed and was even the subject of some entrance exams. The idea is to hit the malignant cells with lasers applied to the region, but if it were a direct application of sufficient intensity to destroy them, it could cause serious damage to the patient’s body. The alternative in this case was the application of several lasers from different angles and located in the target region. Thus, the organs surrounding the region would be affected, but not with an intensity that would generate serious damage, while the region of accumulation of lasers, where cancer cells are found, would suffer the greatest damage and causing their destruction.

Taking some of the fiction out of the story, the mystic Grigori Rasputin started acting as a healer for the Czar in late 1906, being seen by some as a man of powers while others considered him a charlatan. The beginning of the 20th century was also a period marked by the rise of scientific research on the nature of Light, which would result in theories like Relativity, and also the appearance of new fields in Physics, such as Quantum Mechanics (curiosity… if had not chosen to come to Unicamp, I would now be doing a PhD at Unesp on the Teaching of Quantum Mechanics 😀).