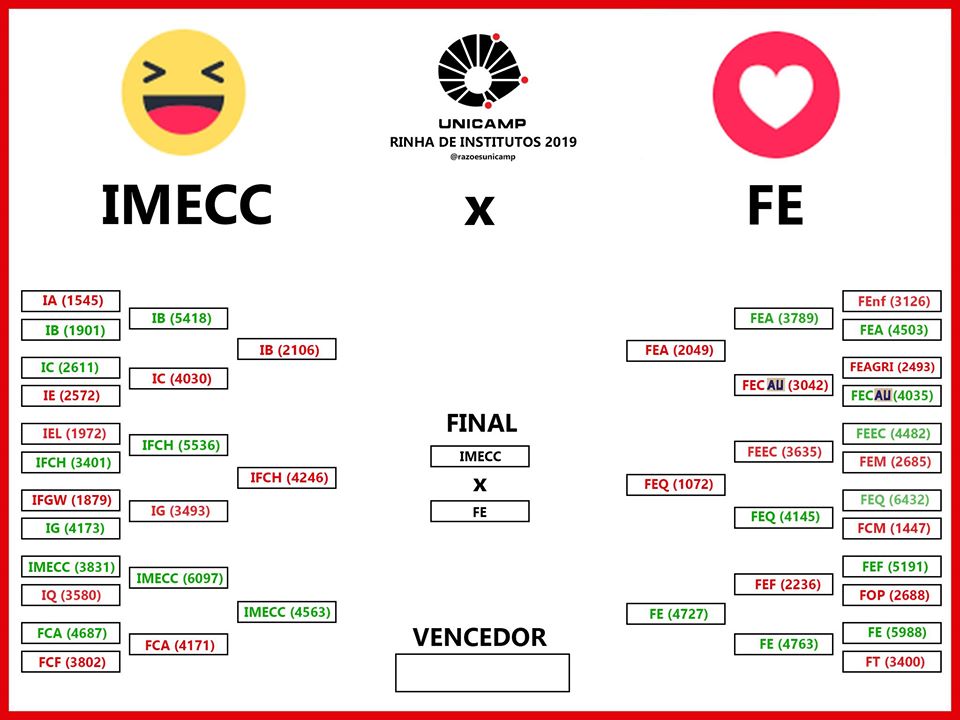 The dispute between the Institute of Education and that of Mathematics was fierce, gathered more than 13 thousand votes and ended with a historic and conflicting score. Because between 8:00 pm and 8:00 pm, the score changed several times, either because the vote lasted until the last seconds of the competition, connectivity problems and the updating of votes. This generated conflicts over who should be the “real winner” or whether a draw was just. People posted prints of their screens showing the results at 8:00 pm, but the results were conflicting.

First point to note, were the “scoreboard-institute” functions growing? That is, whoever voted for an institute does not change or remove their vote? As a matter of logic, the competition itself revolved around making memes and influencing people over which institute to vote for. If everyone already had their votes predefined, the competition would be figurative.

Line graph according to the Mathematics Institute.

Second aspect, the competition had a time limit to count the votes?

From the results of the other stages of this competition, we realized that the difference in votes could not be seen as a problem based on the previous 21 disputes. Because in them, the sharpest result was between the Institute of Computing and the Institute of Economics, with a final difference of 39 votes.

Graph of differences between the disputes of this competition.

Thus, for this atypical case of the competition, it would only be safe to declare a winner if in the entire interval from 20:00 to 00:00 until 20:00 to 59:59 one of the institutes was clearly with the score above the other. We write this as a scoreboard function for each institute (Mat; Edu) in relation to time 0 ≤ t ≤ 59, as follows:

With this we arrived that

In this case, the hypothesis that the Institute of Mathematics or Education is a winner is simultaneously false. Thus, we could not infer from this reasoning that one of the two competitors is the winner. Thus justifying the adoption of a tie in the decision of this result, as was also decided in the respective competition but for arguments related to the sending of the simultaneous data referring to the votes.