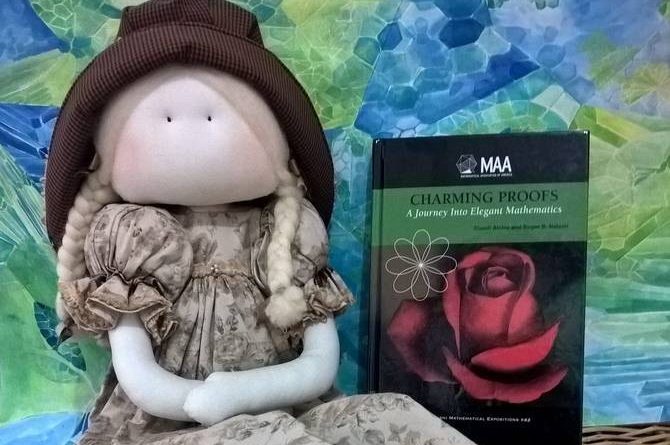 We have talked many times on this blog about demos, their importance for mathematics and everything. However, anyone who thinks that mathematicians do not value beauty is mistaken, and we do not refer here to the geometric shapes and patterns generally associated with images. We mean a charm linked to the results, more precisely, to the proof of theorems.

Demonstrating conjecture is a real scythe fight in the dark. There is no right or wrong, the important thing is to get out of there with the demonstrated conjecture (whether true or false). Nobody will judge a mathematician for demonstrating a conjecture based on obscure arguments, countless steps and confusing definitions … whoever manages to demonstrate a conjecture is in itself a hero for this part of society, because once we guarantee its validity we can use it for derived properties and as an argument for other statements. Even if the demonstration reveals that the conjecture is false, it is also a burst of joy, as the work on it is then ended. We have some conjectures open for more than 300 years and until today no certainty about them being true or false, and to make matters worse, there are two theorems (that is, statements whose truth has already been demonstrated) that guarantee us somewhat frightening aspects about that area. The first states that no matter how many axioms (accepted truths) we assume, there will always be results that cannot be proved. The second asserts that there is no method for ensuring that a particular claim cannot be proved. Do you understand now why proving conjecture is a memorable achievement?

However, a work not so memorable but of equal importance, appears a while after the first test appears. A lapidation process begins on that result, cleaning it from obscure aspects, trying to simplify it or reaching it using alternative approaches. In other words, there is an effort to leave proof of that result, elegant or charming.

Take Euclid’s Theorem, which states that there are infinite prime numbers. His original demonstration presented by Euclides is as follows:

In fact, this text demonstrates the existence of infinite prime numbers, but it is not the only way to do this. Let’s look at a similar demonstration, but it uses a somewhat more ingenious result.

It is sufficient to show that for any Natural n, there is a prime p greater than n.
For this, consider any prime p that divides n! +1

In this demonstration, it was possible to skip several steps when dealing with n! (n factorial). That is, instead of worrying about defining the product of only the prime numbers, here we already say the product of the first n Natural numbers. In other words, the cousins ​​appear there, but we also take a lot of other numbers that, despite not helping, also do not disturb. The result is an extremely short demonstration, and for that aspect, considered as elegant or charming.

Now let’s see another demonstration of this same theorem, but this time it is nothing like the original demonstration, it gains its charm by its eccentricity.

But don’t be fooled into thinking that this work has only an aesthetic bias and that the charm of a demonstration is an unnecessary aspect. As we mentioned before, an unprecedented demonstration is a crude jewel, it is admired by specialists but very far from being understood by most people. The process of improving its appearance and structure, allows the result to be understood by more people, and even the confidence that the result is indeed valid, is something more clear. Among other aspects, in the textbooks of disciplines themselves, the statements presented are preferably those considered elegant, making it easier for the student to read and understand the result.

The three proofs of Euclid’s theorem were extracted from the book that appears on the cover of this post:
ALSINA, C .; NELSEN, R. B. Charming Proofs: A Journey Into Elegant Mathematics. Mathematical Association of America, 2010, p. 10.

If you want to understand more about this elegance in the demos, I suggest you read:
SCHATTSCHNEIDER, D. Beauty and Truth in Mathematics. In: Sinclair N., Pimm D., Higginson W. (eds) Mathematics and the Aesthetic. CMS Books in Mathematics. Springer, New York, NY. 2006.