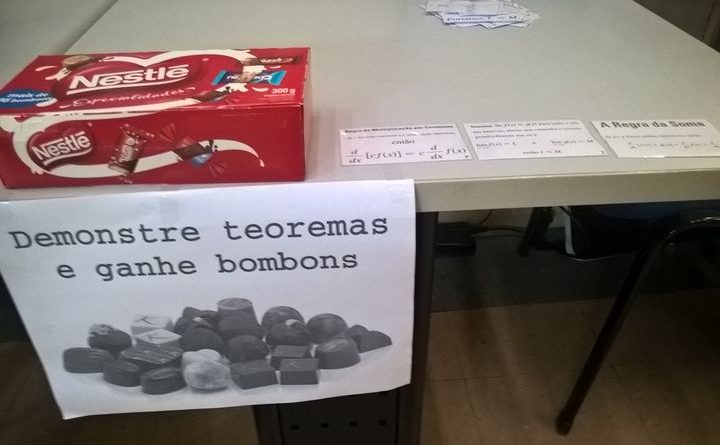 So, you do math, right? So try to demonstrate this property…

The sentence above is frightening, even for trained mathematicians. After all, even if we took a degree based on demonstrations, asking us to demonstrate something without studying the subject is scary.

But if we have the skill to demonstrate and we’ve already seen the matter, what do we lack?

In that sense, I think that demonstrating is very similar to programming. For proof involves constructing an argument based on a set of previously accepted truths and following a determined logical structure, so that we start from the hypothesis of the statement and arrive at its conclusion. An analogous process for example to programming a “Hello World!”

In programming you can have simple or complex programs doing exactly the same actions, such as calculating the Fibonacci sequence. If done iteratively it is extremely fast, but if done recursively, the same calculation can take longer than the age of the universe.

In demonstrations we have an analogous picture, the same results can be demonstrated by simple or complex processes. For example, prove that the cubic root of 2 is an irrational number:

A “subtle” difference from the 5th line, which distances a mathematical concept that took about 2,500 years to develop (simple way, available since the Pythagorean School ~ 500 BC // complex way, only available since 1994).

So, starting a demo blindly, as well as creating code, is a very risky game, as we can follow an apparently functional path, but which is much more complex than necessary. But if we had some information about what the demonstration might look like, we might more easily see a simpler path to that proof.

In this case, we had to prove:

To write each demonstration we had 6 to 7 pieces to put together in a way that made sense of the statement. The dynamics of that day were very positive, several students from the institute showed up saying that they didn’t know how to demonstrate it in their head, but seeing that it was a matter of putting the pieces together, they risked applying their mathematical reasoning in order to write the demonstration correctly.

The relationship between demonstrating and programming is in fact so close that some students from Unicamp’s Computing Institute reproduced this idea that same day in the afternoon, involving the “Solve 1 program and get a chocolate” in a kind of rivalry with Mathematicians ”.

The following week, on August 29, 2019, I carried out another edition, then another on March 3, 2020. Since then, the COVID-19 pandemic began and these events became unfeasible in person.

But if you feel like demonstrating some mathematical properties, you can do it virtually still with the Drag o X game, created from all these accumulated experiences and your contributions to this weird research I do 😛

If you participated in a Demonstration and earn chocolates, played Arrasta o X or simply liked the post, comment there 🙂