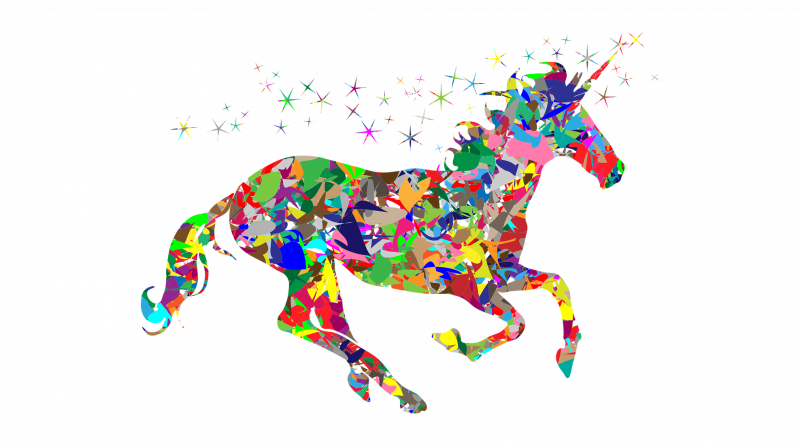 This week I was talking to my friend Pavel, when I commented on how cool regular polygons would be with unnatural amounts of sides… so this post is for you and everyone else who has trouble seeing these weird polygons.

To start this text we need to talk about definitions… and nothing better to explain the power of mathematical definitions than a joke.

A philosopher, a physicist, and a mathematician are given the same amount of fencing, and asked to fence in as much area as possible.
The philosopher thinks for a moment and decides to enclose a square area.
The physicist, realizing that he could encircle a larger area, immediately puts his fence into a circle. “I want to see you get over it!” he says to the mathematician, smiling.
The mathematician, in response, takes a small part of his fence, wraps it around himself, and exclaims, “I define myself as being outside the fence!”

The moral of this joke is that in math “anything goes” as long as we have defined it that way. In class I was once asked “how to show” that the basic operations with matrices occur that way? The mathematical answer is quite bland: “for that is how they were defined” … while the reason mathematicians define it this way has very specific interests for the calculations they need to perform with these rectangular arrays of numbers 🙂

This constant remains and has even been discussed in the post How many degrees does the internal angle of a regular polygon with infinite sides?. One way to calculate this angle shown in the post is as follows:

In this calculation, the general expression is [180 – (360/n)] where n is the number of sides of the regular polygon. In this case, x is the angle (a positive Real number), while n is a Natural number greater than or equal to 3.

Although we have an injection function, in our current structure it is not surjective, as we can choose angles for which we don’t have a number of sides of a regular polygon that match. For example, in our traditional scenario there is no regular 80 degree interior angle polygon.

Note that the size of the domain (sides of polygons) is much smaller than the size of the contradomain (inner angles). That is, we can choose any n that we will have a valid x. But the opposite would not work, choosing any number for x does not guarantee that n will be a Natural number.

So let’s simply “define” that n from now on will be a positive real number greater than or equal to 3.

But before we take any x and determine the number of sides of our polygon, notice that our definition is still without a geometric sense.

Before we think about the geometry of our object, let’s look at its algebraic behavior. By fixing the length of the polygon’s edges, we will gradually increase its interior angles. We’ll start by turning an equilateral triangle into a square.

The calculus seems to work, but what is its geometric sense? Let’s try to do the same thing we did with the above calculations, now with a real triangle:

If we start by increasing its base internal angles a little:

We immediately gain one more vertex, but we “lost” the polygon itself, and there is no longer any sense in talking about internal angles of these two vertices. One way to solve this issue is to create a curvilinear edge with the same length as the other edges but with the initial slope with the vertices equal to the base angles:

So, as we increase our internal angles, this curvy edge will line up:

Okay, now we have “defined” our regular polygons with real numbers of sides.

To end the game, let’s calculate the interior angle of a regular π-sided polygon.

By constructing an equilateral triangle and opening its base angles at that slope along the curvilinear edge, we get something like this: