In chess it is not uncommon to see a “double check”. Situation in which the King is threatened at the same time by two pieces. But have you ever imagined a “triple check”? Three pieces threatening the opposing King at the same time? It may seem like an impossible check … but in this text we will prove that REALLY this check is impossible to happen!

Before we start the discussion, here’s an example of double check. The White King is on the same line as the Black Rook. The only obstacle between both pieces is Black Bishop.

To understand the impossibility of a triple check, we need to review some basic notions of chess:

1. No player may move in order to check;

2. No player in check is allowed to make a move in order to remain in check.

Let’s suppose that a triple check to the White King is possible, like every check, he would need to be the result of the Black pieces, which before playing would not be threatening the White King with any piece (otherwise the player of the White pieces would still be in a state of check after playing).

Now, notice that in chess all the moves (with the exception of three specials), respect the same pattern of a piece vacating its current position and occupying a new position. That is, from one move to the next, we have a house that was previously occupied, now free.

Thus, for a triple check we would need to have two threat pieces blocked, and in a player’s move of the black pieces, have both threats unlocked. But the movements of the pieces Queens, Bishops and Rooks, do not allow that by unlocking just one square, two of these pieces threaten a second square (since we ignore the unlocked square, given that the player plays the check).

For a triple check we would need two houses unobstructed at the same time … which leads us to three special moves that release two houses in one action.

1. Major castling: King and Rook on the Queen’s side move simultaneously. Although two squares are unobstructed, both are adjacent to the ends of the board, so they could not be used to block any threats.

2. Minor castling: King and Rook on the King’s side move simultaneously. Although two squares are unobstructed, both are adjacent to the ends of the board, so they could not be used to block any threats.

3. El Passante: When an opposing pawn makes its first move by advancing two squares forward at the same time, ending at the adjacent square next to one of our pawns. We can destroy the opposing pawn by moving a square diagonally across the pawn. 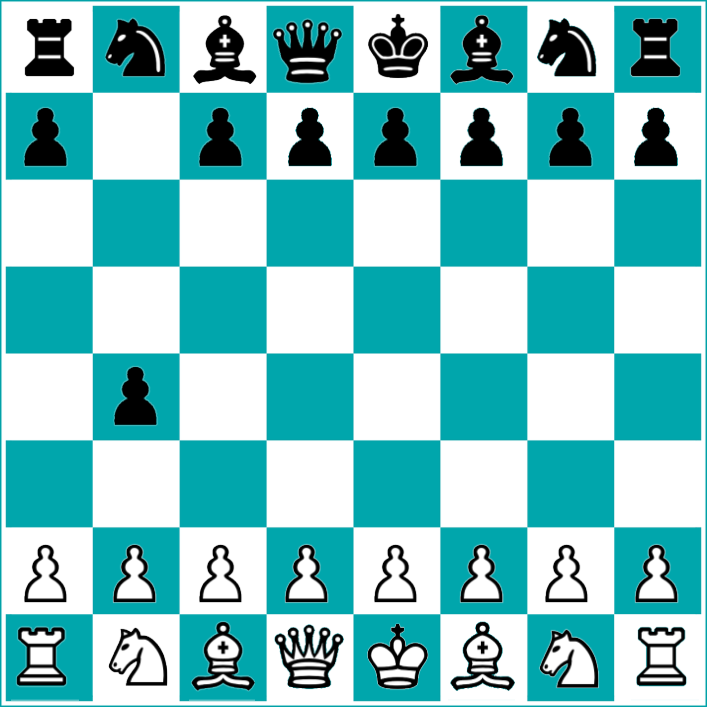 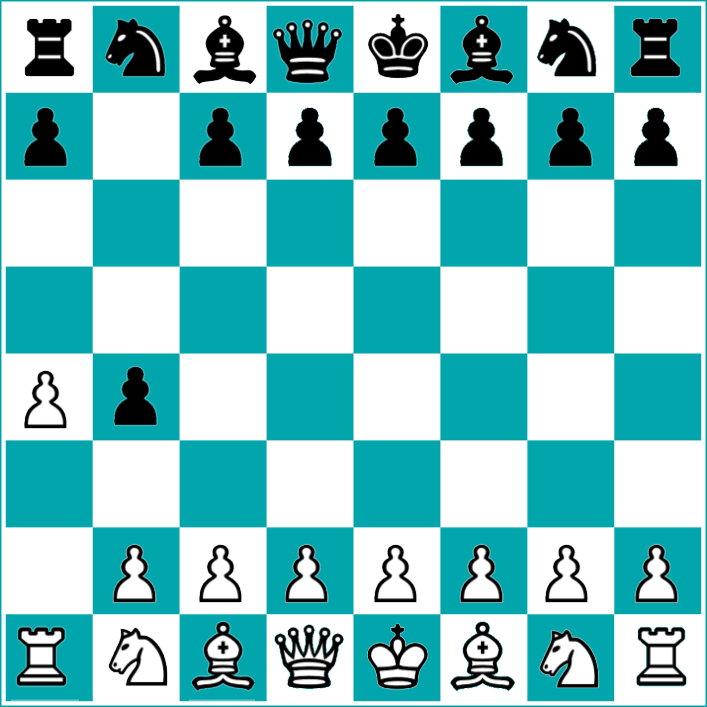 This move clears two squares at the same time (the one that the Black Pawn occupied, and the one that the White Pawn occupied). Thus, without loss of generality, we will say that the blocked pieces are Queens (since any threat from the Rook / Bishop can be replaced by threats from Queens).

So, we have two Queens blocked by two Pawns (one Black and one White). Obviously one will have to be threatening vertically and the other diagonally. With the completion of El Passante, the Black Pawn eliminates the White Pawn, clearing the threat of both Queens.

However, the Black Pawn movement itself does not result in a third threat to the White King. As a result, we would have the following context.

But in this case, there is no way for two Black Queens to threaten the White King unless a block is cleared on the next move.

So, in this case, despite the Black Pawn now serving as a threat to the White King. The position occupied by him did not allow two Queens to threaten him, since the threat resulting from a Pawn will always be a diagonal square. And since the pieces whose threats must be blocked will move vertically and diagonally, the pawn threat would obstruct one of these threats, making us arrive at just a double check.

With this we have that any move that clears two squares of the board at the same time (necessary condition for a triple check), will not be enough for its accomplishment. Thus, we have demonstrated the impossibility of threatening the opponent’s King with 3 pieces at the same time.