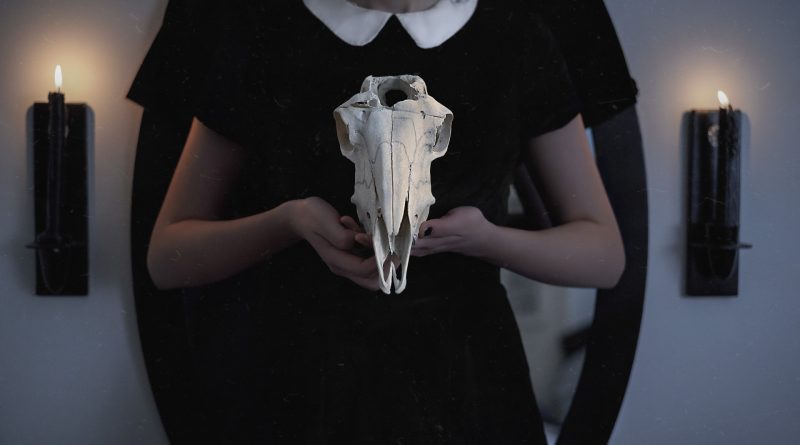 It was summer in Budapest in 1931, when vampire Helena was preparing to return to Paris.

Being a vampire requires, among many precautions, extra attention to the sun and to her coffin while it is daytime, for this she had a group of approximately 20 vassals among them, men, women, the elderly and children to help her. These vassals had their blood sucked and their mind dominated by her, so that they would remain human but be obedient and loyal to her.

On the day of the trip, the weather in Budapest was very rainy, Helena’s vassals took her belongings next to her coffin to the train station. There while they waited for the train that came from Istanbul but was delayed due to a storm, the vassals took the opportunity to adjust their clocks according to the season.

After boarding, Helena’s vassals made sure to accommodate their coffin in the freight car, and occupy the last passenger car to ensure the safety of their master.

The hours passed, and whenever a railway employee went to the freight car, two armed vassals accompanied him, ensuring that no harm would occur to that coffin.

By the time of travel, the vassals imagined that they were close to their destination, when they were surprised with a strong sound of metal coming from the freight car. They were startled to see what was going on, the car door was locked from the outside, and the cars had been separated from the rest of the train. Moving at a lower speed, the freight cars moved away from the rest of the train. The vassals start to mobilize, some try to break the door, while others go to the front wagons to stop the train, but realize that the other door is also locked. While trying to break both doors open, the wagons were moving away as far as it was possible to see, and from a distance they saw someone standing on the railroad, and soon afterwards the freight wagons were going in a different direction from the rest of the train.

In the freight car, there was a girl of 30 years, with short hair, small and agile, hidden in one of the bags since before the train arrived in Budapest. Now that she had separated the freight car from the rest of the train, her speed was slowing. The girl looked at that coffin and knew very well what was there, feeling a strong aura of death around her, runs to the other door of the car, at that moment the lid of the coffin jumps out as if it were a very light material, but at the time falling on the floor of the train shakes the wagon, indicating its immense weight and showing the innumerable internal locks that protected that sarcophagus from being opened lightly. From the coffin, almost in the blink of an eye, Helena was standing, 1 meter and 80 centimeters in height, ivory skin, yellow eyes and a smile that reminded her of a beast in front of her prey, while watching the girl with curiosity. who separated the wagons, exclaiming:

After so much work to deceive my vassals, didn’t you even try to open my coffin?
Was he really there with the intention of killing me or does he just follow orders?

The girl in front of Helena, does not hesitate, goes through the door of the car, locking it, releasing the car from the others and locking the door of the next. Helena walks to the end of each car, smashing the locked door with a simple touch, and jumping the distance between the cars with the calm and softness of a flying bird. While that girl nimbly keeps releasing the wagons and locking the doors, Helena follows her with curiosity. Until he cornered her in the last car, while the girl pulled the brakes to reduce the speed of the car.

Helena smiles, saying that she was very skilled at it, surely her family should be in the railroad business, it would be a pleasure if she said her full name, so that she could kill only her family, since traveling by train is so pleasant, who would hate to kill other railroad workers and hinder this magnificent service.

The cornered girl, with angry eyes, cries before Helena, showing her hatred for that creature, declaring that she wished for her death, saying that her name was Clarice, when and where the vampire did the atrocities she did and that she had destroyed her family. That he hated her every day of his life and would only bring peace to his parents and brothers, the day that Helena died! Helena listens with curiosity, answering that everything she said was really interesting, because it was a lie, although she doesn’t care about insignificant beings like humans, she carried the curse of having an eidetic memory, so she would never forget anything, however important whatever it may be, and he knew who she was talking about, and in fact left a girl alive that day, and she was called Clarice, but it wasn’t her, her face was different, and that made the story even more curious.

Why do you lie to me, Clarice? Is it okay if I call you Clarice?

Clarice says she intended to delay Helena’s trip until dawn, where they could break her coffin and expose the monster to sunlight, and Helena says it was an artful plan, changing the travel date, changing the clock at the station by train to make it difficult for the vassals to notice the delay and thus not pay attention to the sunrise, following this plan, it was expected that they had even reduced the speed of the train, but Helena moving her shoulders, says that she did not feel that night that the train had slowed down, they might have forgotten that in their plan, but it wouldn’t make any difference anyway.

Helena explains that her perception of time is perfect and her intelligence superior to that of humans, she knew exactly how many seconds had passed since boarding, which was now 4: 26am in Budapest time and even on a day so close to the summer solstice , the sun in Budapest should not rise before 4 and 47 in the morning and not before 5 and 47 in the morning in Paris. That is, depending on how close they were to Paris, this should give Helena between 21 and 81 minutes to kill Clarice, return to her coffin and wait for her vassals to arrive. In the worst case scenario (21 minutes), more than enough time for all of this.

Clarice kneels and asks for forgiveness, asks to be polished, that she worked in the railway since she was a child and that they guaranteed that she wouldn’t have to do anything, just let the cars go and they would do the rest. Helena sighs and says she knows when someone has hatred, or fear:

The time when you told about your family, you were lying, and now that you beg for your life, you also lie, but after all girl, do you really hope to buy so much time lying to me?

Clarice then without getting up, moves towards Helena and holds her legs with all her strength, at that moment, Helena finds it unusual and innocuous, after all, she didn’t even aim at her head or heart, she also didn’t carry weapons or anything, what she expected over there holding your legs?

The reaction came next, with the impact that the train received, it seems that the wagons previously released, were now colliding with the train, but that was not possible, because this wagon was last, and had had its speed reduced, it did not it should have hit the front wagons.

Helena immediately tries to jump, but finds herself trapped by Clarice. With a single blow, he shatters the girl’s fragile body and prepares to jump, but it had been enough time for the train to turn and derail, leading to a chain reaction with the other wagons, pinning Helena among the rubble.

Irritated by the attack, Helena stands up, all in a row, but quickly regenerating herself from her most serious injuries, and raises part of the train body to get out of there and look for her coffin. At that moment, she sees a landscape that her memory immediately recognizes as part of the journey towards Istanbul by the dawn of the horizon earlier than she could have expected. In an expression of defeat and satisfaction in the face of that girl’s efforts, Helena is transformed into ashes and undone with the mildest of winds.

Yes, this is a fictional tale that I had a sudden inspiration to write after finishing watching the first season of the anime Kimetsu no Yaiba (more specifically, the OVA Trem Infinito). In this case, the inspiration was with vampires, hunters and railroads, but the net is original. Now some explanations that justify the events of the story and why it is on this math blog.

The fact that Clarice released the freight cars was part of the plan, since there was a deviation in the tracks, which were on the same route shortly afterwards. When she released the wagons, they continued at their speed, while she slowed the last one. One person on the railroad changed the direction in which the cars went, causing them to travel a greater distance, and changing the direction again so that the last car, which was slower than the others, was on the shortest route, but now in front of all the other wagons. With that, it was only a matter of time before the rest of the wagons found the last one, and started to collide. Buying time for the plan to expose Helena at sunrise to work.

Based on the forecast for 06/15/2021 by the website sunrise-and-sunset.com, which is the period of the year in the northern hemisphere in which the days are longer, we arrive that in the Paris / Budapest time zone, the sun should rise in Paris at 5:47 am, in Budapest at 4:47 am and in Istanbul at 4:32 am. This means that Helena’s safety margin, even with her perfect perception of time, was delayed by 15 minutes (when Helena said that in the worst case it would be 21 minutes before sunrise, it was actually 6 minutes).

Thus, Helena’s defeat was due to the Earth’s own rotation movement, in which Helena did not consider that they could be traveling to the East instead of the West. This also explains why, in Clarice’s plan, they did not reduce the speed of the locomotive to delay Helena from reaching her destination, as it was in Clarice’s interest to run the locomotive as far to the east as possible.

I tried to create a tale so that the hunters would not show any special power beyond their own cunning and scientific knowledge, while the vampire was not directly confronted by weapons or items, but the sunlight itself.