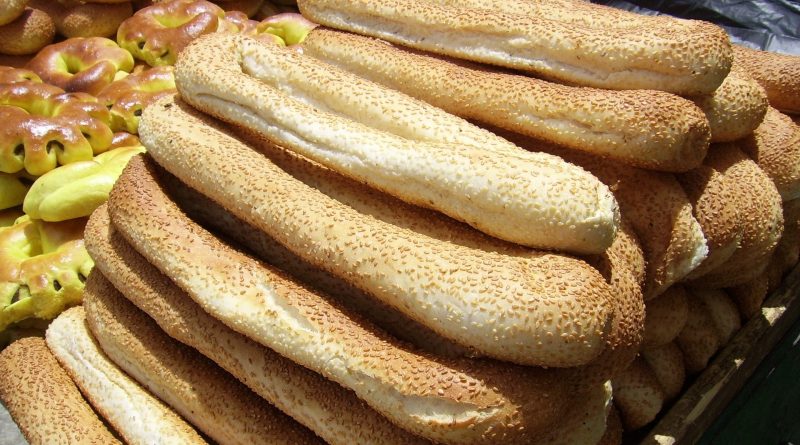 “As Baguettes de Poincaré” is a famous anecdote that has gone through many names and characters. The version of which I will tell you is the one presented in the book “el azar en la vida cotidiana”, by Alberto Rojo.

Poincaré like a good Frenchman, loves a baguette and can’t go through his day without. So, every day he bought a 1 kg baguette at the bakery on his street. But as a good mathematician, he was quite suspicious of things, and he had the impression that some days the baguette felt heavier and others lighter.

To settle his doubts about the baker’s honesty, he started weighing his baguettes as soon as he got home! In a notebook he marked the weight of the baguette and continued his day. After a little over two months, I had gathered enough data to do an analysis. Approximating the weight of the baguettes at 50g intervals, he assembled the chart below and noticed something that made him uncomfortable! (Looking at the chart below, can you find out what bothered the mathematician so much?)

This distribution of baguettes tells us that the baker uses a recipe to make baguettes weighing 950g instead of 1kg. Assuming that the recipe was 1kg, we should have the 1kg baguettes form the highest point of this distribution, with an error for more or less, the baguettes would vary between a little lighter and a little heavier. However, from the result observed, Poincaré found that the baker was dishonest, after all, his original recipe was aimed at producing 950g baguettes! Which for a baguette-loving French mathematician was a tremendous blow!

Poincaré took his complaint to the baker and, for fear of being penalized by the law, agreed with the mathematician who would correct his recipe.

Poincaré was very suspicious, so even after the baker promised to correct the recipe, he continued weighing the bread he bought as soon as he got home. From that day forward, the loaves that Poincaré bought weighed 1kg or more, which for a layperson would seem correct… but Poincaré understood that something was strange, because if the recipe was for 1kg loaves, there would have to be an error for more or for less that would make your loaves a few days weigh less than 1kg. Annoyed with this doubt, he continued to gather these data.

A month later, he reassembled a chart approximating the weight of the loaves to 50g and realized that the baker had lied about fixing the recipe! (Looking at the chart below can you find out what the baker did to try to fool the mathematician?)

The baker, instead of changing the recipe, which would affect all his profit on all customers, started to weigh only the bread that would be sold to the mathematician. Making sure the baguettes Poincaré would buy would be 1kg or more. Thereby, believing that he would not come to realize that the recipe remained unchanged.

Unfortunately for the baker, from the analysis of the probability distribution of the baguettes, it was possible to see that they were being selected. That is, if the recipe were really to produce 1kg baguettes, Poincaré would expect its distribution to be similar to the chart before he complained about the weight of the baguettes, but with the peak in the chart now marking the 1kg baguettes. But looking at the new chart, you could see that the baker just removed from the “sample” that Poincaré would receive, the baguettes weighing less than 1kg.

This is an interesting anecdote to show the potential that analysis of a probability distribution allows us to infer. In this case, she initially discovered the baker’s dishonesty, and later, that the new samples were no longer random. Of course, in this anecdote the curves were distributed in a very convenient way so that the conclusions were easier to understand. In the day-to-day of those who work with statistics, data is much less well behaved, requiring much more sophisticated analyzes to arrive at some inferences