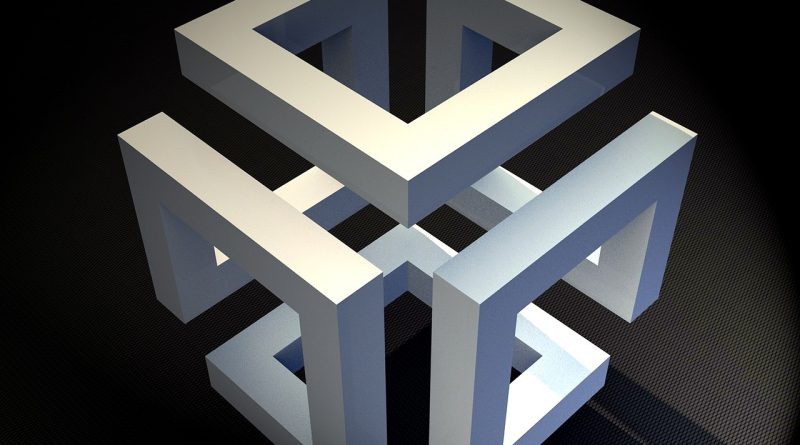 I don’t ask you to accept anything if you feel there is no basis for it. Soon everyone will agree with my premises. Everyone knows, I imagine, that a geometric line, a zero-thick line, has no real existence. They studied this, didn’t they? Just as a geometric plane does not exist either. Such things are mere abstractions. Likewise, a cube that has only height, width and depth cannot have a real existence.

At this point you might disagree, after all solid bodies do exist. They may not be as perfect as cubes, but the objects around us are solid bodies with height, width and depth. This was the same question Mr. Filby asked the Time Traveler from the book The Time Machine by H. G. Wells originally published in 1895, from which the first paragraph is taken.

In response, Time Traveler asks Mr Filby about instant cubes exist? That is, if we have a cube with height, width, and depth, but which lasts only an infinitesimal time, can we say that this object is still a real existence?

In this sense, the Time Traveler explains that: any real object must extend in four directions: it must have Height, Width, Thickness and Duration. But due to a natural limitation of our senses, which I will explain in advance, we tend to overlook this last aspect. There are actually four dimensions, three that make up the three planes of Space and an additional dimension, Time. We do, however, have a tendency to make an unrealistic distinction between the first three dimensions and the last, because our consciousness moves intermittently in one direction, along the latter from the beginning to the end of our lives.

It seems like a strange concept, maybe even without much relevance to our daily lives. But certainly those who have already set out to write some computer code, at some point must have created objects of infinitesimal duration.

In fact, the computer generated a representation of a cube with 3 spatial dimensions (height, width, depth). However, without duration, in this way, the computer soon after generating the Cube, already closed the code. The generated Cube had all the characteristics of a Cube in three-dimensional space, but did anyone see it? We know that this object existed for only an instant of time, an Instant Cube.

Thus, resuming the discussion of the Time Traveler for our contemporary. Although this Instant Cube has a meaning for the reality of the programmer, for the sensible and tangible reality in which we live, would this Cube still have any meaning?

In this way, Time Traveler defends that objects also have their duration. For example, an ice cube, it has a period of existence. He wasn’t always that ice cube and one day he won’t be anymore. So, in addition to Height, Width and Length, we have the time that the object exists in that shape. When an ice cube starts to melt, it can no longer be considered the same cube as before.

Just like a program that compiles the data and generates a Graph with just Height and Width and then disappears. The function of the Graph, which is to facilitate the interpretation of data by the user, cannot be implemented, since the time dimension was not present in this object. So, for someone to visualize the Graph and it fulfills its role of being part of our reality, even this object with an apparently two-dimensional structure (Height and Width) also needs a third dimension (time), that is, computationally speaking, this would be a three-dimensional graph 😛

Did you like this weird discussion? Here’s the tip from the book, The Time Machine, by H. G. Wells, is a very short read and with a style of description that explores the indescribable well, giving you a lot of freedom to imagine the impossible things!