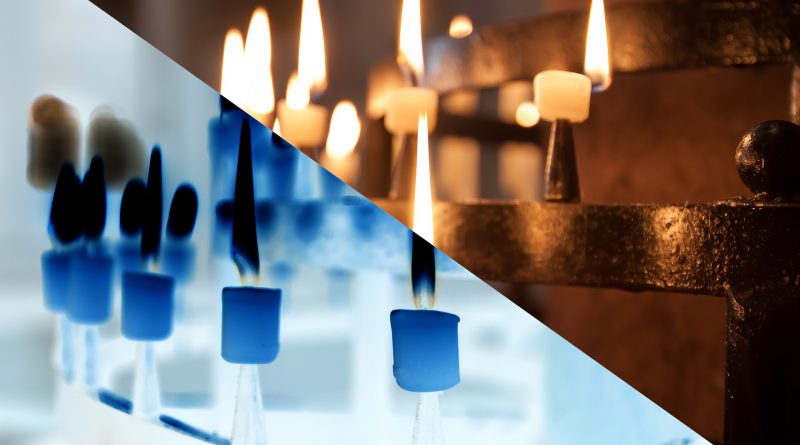 On the planet Jilgathar near the Hux III Nebula, its population is in a period of crisis, in this case, a social crisis.

Of course, not all rectangles are the same.

Just as not all triangles are the same.

Fortunately in that society, the rights and duties of Jilgatarians today make no distinction between triangular and rectangular. As an option for the Jilgatarians themselves to recognize themselves as they best identify,

However, in Jilgathar there is an institution quite old and with immense influence on that planet, but it does not deal well with this freedom of customs. Its more radical adherents simply do not accept Jilgatarians who do not identify with their birthmark, and the two arguments they use to reject this portion of the population are:

Faced with this conflict, and respecting that many Jilgatarians are supporters of this institution, several Science blogs received emails from across the universe asking for help in dealing with this context.

We at Blog Zero were touched by this crisis and discussed the cause of the Jilgatarians.

We have arrived at a line of reasoning that can be used to show how the arguments of this institution run counter to each other (so our response to the Jilgatarians follows).

Over time, these 20 individuals came to form 10 pairs, numbered from left to right as a pair 01, up to a pair 10. In fact, these represent all the ways to combine individuals considering these two characteristics (initial brand, brand with which to identifies).

As for the pair 03, the institution will include without reservations, as it agrees with both arguments.

In both cases pair 06 is safe in this situation. But the contradiction lies in the impossibility of excluding pairs 04, 05 and pairs 07 and 08 at the same time.

In other words, from these 5 possible pairs that the institution’s radicals do not admit, their same arguments do not make it possible to exclude more than 2 of these pairs at the same time. So, by compulsorily excluding 2 of these pairs by using these arguments, they corroborate for the inclusion of the other 3 pairs.

Although it still does not represent the ideal scenario for the end of this social crisis, we believe that this reasoning can show that there is a contradiction (inconsistency) in the principles that lead to the integral rejection of this part of the Jilgarian population.

We are at your disposal for any questions you may have about this argument.