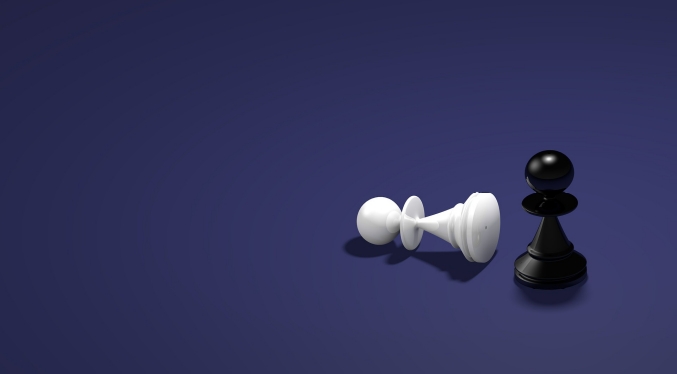 Sometimes we hear that in chess, who starts with White Pieces has an advantage… but why? I am not an expert in chess, but I know how to play enough to deal with this matter from a mathematical point of view. However, we will start this discussion with a much simpler game, but that uses the same argument that we will make in the case of chess: the tic-tac-toe game.

Now let’s go to chess … remember that the analytical complexity of chess is gigantic, even though there is still no well-defined strategy to guarantee a player victory, we can guarantee that there are only 20 possible initial moves for the White Pieces (16 movements with pawns and 4 movements with knights).

So, if both players knew all the possible chess moves, when one of them moves the first piece, both would know immediately if the game will end with the victory for the White Pieces, for the Black Pieces or tied.

As I said earlier, the analytical complexity of chess cannot be treated computationally by current strategies and resources. In this way, any well-defined strategy is unknown.

But this means that when well-defined chess strategies are discovered, if one ends in victory for the White Pieces, the Black Pieces player will be doomed to lose forever. Even if a well-defined chess strategy is discovered that wins the Black Pieces, the White Pieces player can simply start with one of the other 19 starting moves.

In this way, the Black Pieces suffer much more in this game, and will continue to suffer until all 20 well-defined chess strategies are discovered, and none of them determines a victory for the White Pieces or tied.

I sincerely hope that all well-defined chess strategies will result in victory for the Black Pieces, because in this way, even though 19 of these strategies have already been discovered, we could play with the twentieth start whose result is not yet known.