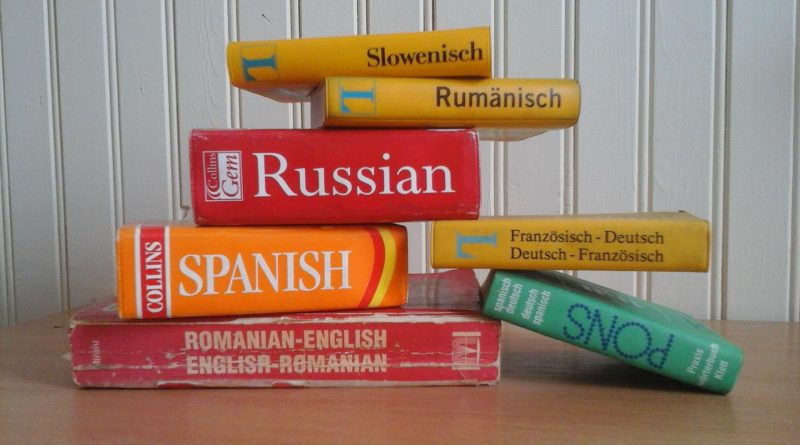 Today in the blogger training course at Blogs de Ciências, a sentence came that certainly made me uncomfortable. To say that there is no 100% translation, and that every translation involves an interpretation, therefore, the translated content is modified. However, 100% translations exist, it is enough that there is a bijection between each word from one language to the other, that is, for each word of a given language there is a single word of another language that refers to the same meaning. I will give an example of when this does not occur. Take for example the word Jogar, and let’s think about translating it into English, we have throw or play. That is, for a word in the domain (in Portuguese) “jogar”, we have 2 elements in the co-domain “throw” and “play”, this means that the translation from Portuguese to English is not injective.

However, the translation from Portuguese to English is also not surjective, as we take the word “brincar”, when translating it, we have the word “play”, which we saw in the previous paragraph as referring to “jogar”. In other words, this bijection for Portuguese and English does not occur. But if we think about it, we can create a bijective translation, that is, all the words of a language are uniquely associated with another language, so yes, we would have a totally perfect translation… but this is useless and I will explain why. The language has its own characteristics, particularities, which are practically determined by the culture and characteristics of that region, this makes the language something alive and that makes sense for that population. If we think of two languages ​​with this bijection, we will actually have the same language with two different pronunciations… for not incorporating a regionalism or characteristics of that population), this could simply be ignored 🙂

But what would this 100% translation be? So, if we stick to poetic/rhythmic/sound aspects of the language, certainly the translation would be 100% only if all the words were exactly identical to the other language, so a translation would not even be necessary. Now, if we disregard these aspects, we can quickly build a Portuguese.2 whose translation is 100%, curious to know what it would be like? So, let’s insert a “Da” before any word in this language.

Okay, we have a text originally written in Portuguese.1 translated without any loss into Portuguese.2. Let’s complicate it a little more (yes or of course?)… how about we create a Portuguese.3, which is nothing more than adding an “s” to the end of each word, let’s see how it looks:

Maybe now there seems to be some semantic confusion, after all, do we have words that now apparently conflict with the plural? But rest in peace, because this conflict is only apparent, in situations where it seems to occur, as in “The projects” or “a few practical tools”, do we have to stick to exactly what language are we considering? Remember what we said about languages being 100% translatable if there is a bijection between your words? Let’s see what happens at these points of supposed conflict: