The Universe in a Christmas Tree 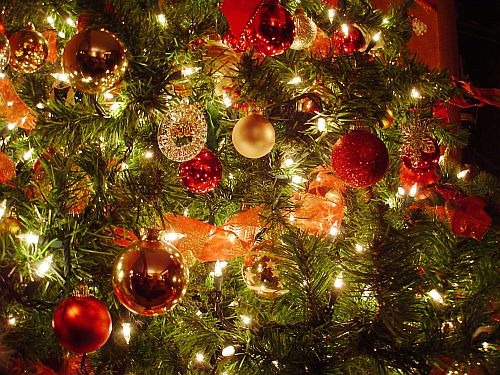 Joy to the world! The solstice has come, bringing the ancient traditions that celebrate the season. Among those traditions, the ones that involve the Christmas tree are particularly beautiful. The Christmas tree represents a renovated eternal life, with hopes for the future. It also represents the knowledge the ancients had of the very meaning of the solstice: that it may be the longest night of the year, but it’s also the day from which the days will get longer and bring abundance to the world.
The solstice is one of the earliest and most important astronomical discoveries. Since then, we discovered a bit more about the world and the whole Universe.
How about looking at the Christmas tree through the light of this knowledge? Here is some food for thought:

“Astronomy is a humbling and character-building experience”, noted Carl Sagan. “It is sometimes said that scientists are unromantic, that their passion to figure out robs the world of beauty and mystery. But is it not stirring to understand how the world actually works — that white light is made of colors, that color is the way we perceive the wavelengths of light, that transparent air reflects light, that in so doing it discriminates among the waves, and that the sky is blue for the same reason that the sunset is red? It does no harm to the romance of the sunset to know a little bit about it.”
It also should do no harm to the romance of the Christmas tree to know that it’s a conifer, that conifers date from the late Carboniferous, about 300 million years ago, which means that we don’t have to use too much of our imagination to picture a Christmas tree watching the whole of human follies in an instant. In a way they literally did.
Feel dizzy? Perhaps some Christmas Chaos will help you see the infinite that can lie in a Christmas tree.
Science can lead to awe inspiring thoughts, based on the real and awe inspiring observations of the world in which we live. It’s the greatest gift we have, and our greatest hope for the future.
Happy holidays!
by Kentaro Mori, original text at 100nexos
[top image from dyet]

When swine flu gets serious