For a world without mass destruction 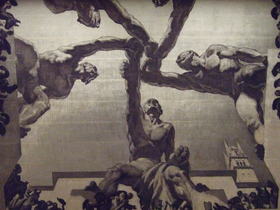 Because of its importance, I decided to publish in this blog a subject quite different from the usual: an official side of the search for nuclear disarmament.
Below is the speech made by the Brazilian Ambassador Luiz Filipe de Macedo Soares at the United Nations Disarmament Comission, a couple of weeks ago. The diplomat heads the Brazilian mission in that Commission, housed in Geneva, Switzerland, and he calls attention to the urgency of taking measures to eliminate the capacity that some countries have of destroying the planet.
According to the Ambassador, little of concrete is said in the meetings of this multilateral negotiation organ – probably because of the fear imposed by powerful States on the unarmed ones.
His intention is to plant the seed of a real discussion, both in politics and in society. I clearly remember, from when I was a kid, the slogans “Hiroshima never more” and “Nuclear power? No thanks” (this latter came in buttons with a red Sun on it). The subject has since disappeared from the headlines, while countries are are daily bombarded.
I found, thus, interesting and timely to bring a bit of the formal voice in this discussion.
(The photo above is one of the murals, painted by the Catalan José Maria Sert, which decorate the Councils Room, where the meetings of the Disarmament Comission are held; below, a session presided by the Brazilian Ambassador and photographed by Marie-Christine Macedo Soares) 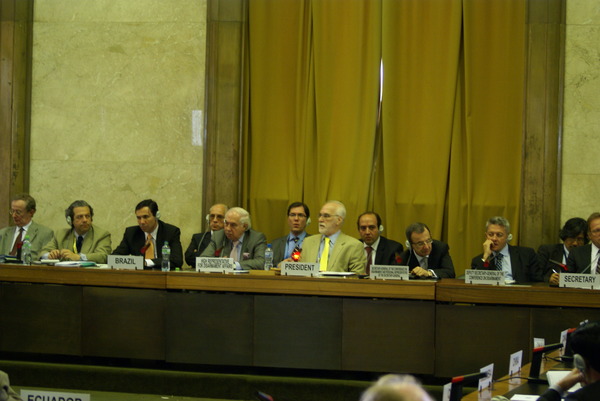