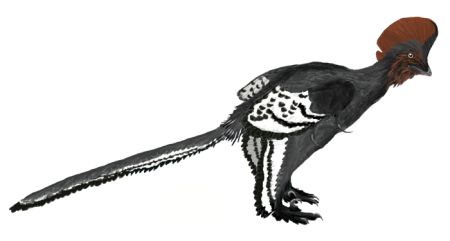 This is another one of those unlikely situations that insist on existing. Could a very strong emotion cause a cardiac alteration so severe capable of causing someone’s death?
I’m not talking about arrhythmia. Electric alterations in the heart could make it lose its regular rhythm and, possibly, create a situation where there is, in fact, a cardiac arrest. Arrhythmias may be caused by a number of factors, including electrolytic disorders, traumas, drugs, as well as emotions.
What I am talking about are anatomical alterations, detectable by examination, like echocardiogram or ventriculography done during catheterization. Is it possible for a strong emotion to cause a heart failure?
Yes, it is possible. And this clinical situation is called cardiomyopathy of takotsubo, also known as transient apical ballooning syndrome, apical ballooning cardiomyopathy, stress-induced cardiomyopathy, broken-hearted syndrome or simply stress cardiomyopathy. Takotsubo is a cage for catching octopus in Japan. Due to its balloon-like shape, it was compared to the shape of the heart of someone who suffered a very strong emotion and got seriously compromised (see pictures below).

Cardiomyopathy means, literally, “heart muscle disease”. In this case, always a kind of weakness. Because with this disease the weakening follows a strong emotional reaction -loss of children or spouse, for example- it was named “broken heart syndrome”. It is a known cause of lethal arrhythmias and even ventricular rupture, such is the thinning of its wall. The good news is that, after the acute, more dangerous phase, the recovery is complete (ad integrum) without sequellae.
Recently, an article drew attention to the fact that these patients may present themselves in a state of cardiogenic shock that prevent organs from functioning properly because of inadequate blood flow and arterial pressure, such is the heart failure, requiring intensive care resources. In the article, the authors show clinical, laboratorial and echocardiographic differences in patients.
Reading the article I had a brilliant idea!
I could not help remembering my pathology classes where I saw several hearts infected with Chagas disease, a true Brazilian plague.

Many of those hearts present what pathologists call “aneurisma de ponta” (tip aneurysm) (see image on the left, from the excellent article by Eduardo Nogueira from UNICAMP).
This aneurysm of the left ventricular apex is very similar to that produced by the dilation of takotsubo cardiomyopathy.
According to the late professor Köberle, from USP – Ribeirão Preto, the explanation for the tip aneurysm in Chagas disease is an imbalance between the sympathetic and the parasympathetic autonomic nervous systems. Parasympathetic nerve endings disappear from myocardial tissue and there is a sympathetic hyperactivity, “sufficient enough to cause myocardial lesions”. Köberle managed to reproduce the same kind of injury in mice by injecting adrenaline, the hormone of the sympathetic system.
My brilliant idea was to imagine that the explanation for the takotsubo cardiomyopathy was the same! Strong emotions cause an overload of sympathetic stimulation on the heart and could -why not?- cause an anatomic alteration similar to the tip aneurysm of Chagas cardiomyopathy.
I was feeling pretty smart and thought of sending an article to an international cientific journal.
But, as with almost all of my brilliant ideas, someone else got there first.
And, to keep my readers from posting that reference before I do, here it is (also down there at the bottom).
Medal I shall not receive for deserve I do not.
Was gonna write a paper, wrote a blog post instead. Meno male.
Images:
Ventriculography: Nature Medicine; Takotsubo jar: Canadian Journal General Internal Medicine.
Wittstein IS, Thiemann DR, Lima JA, Baughman KL, Schulman SP, Gerstenblith G, Wu KC, Rade JJ, Bivalacqua TJ, & Champion HC (2005). Neurohumoral features of myocardial stunning due to sudden emotional stress. The New England journal of medicine, 352 (6), 539-48 PMID: 15703419
======================================
Originally written by Karl, published in portuguese at Ecce Medicus