This is a translated version of this post, written originally in Portuguese by Atila Iamarino at Rainha Vermelha and translated by Igor Santos.

Horns in beetles are a special feature. Not satisfied being male-only they are also unique among the insect species. And they are not made of mouth parts, nor antennae or even modified legs. They are horns. Horns that came to the attention of this Charles Darwin guy, who had a love affair with insects since his childhood and used the horned ones to explain sexual selection.
[Translator’s note: the terms “love affair with insects” and “sexual” were not meant to be related in that way].

Male beetles use those horns to battle for the females. They joust in restrictive environments, like tunnels dug by them for the egg-laying business of their lady counterparts. And, pretty much always, the longer the horn, the greater the number of victories, which translate into more fertilized females and more descendants

Like any structure subject to sexual selection (even though the choice is not up to the female, winning battles ensure reproduction), they are an impressive diversifying force. Horned beetles are extremely numerous and varied. Responsible for one of the greatest events in speciation, the diversity in shapes of horns are an example of the power of an evolutionary dispute.
Did anyone mention Red Queen?

Before creationists start oozing their happy fluids with their irreducible complexity, the ability to grow (or to not grow) horns seems to be very flexible in beetles. After its debut, it showed up and disappeared in several species.
Apparently it takes only one mutation to activate or deactivate that
characteristic, making the change possible in only one or a few
generations.[1]

The formation of the horn is very well studied. Still in its larva phase (some are huge), just before metamorphosis, the head region suffers a proliferation of cells that will expand during the pupa phase. Some beetles develop horns
during their pupa phase and reabsorb the tissue later on, both male and
female in some cases, showing the characteristics variation between species. [2]

Moreover,
said variation depends upon well-known genes with important functions
in appendages formation (like legs). Instead of “inventing” new
regulators for horn growth, beetles
gave new fuctions to already present genes, debunking the idea that
important genes have their functions “frozen” and no longer have any
plasticity.

And the genes used not only vary between species but also inside single species, according to the male beetle size. One more piece of evidence for the ease of losing/gaining of the suckers.

In some species, like the Onthophagus taurus (same genus as the Onthophagus lanista above), only males bigger than a certain threshold develop all the head horns, whilst those who were smaller larvae develop only chest horns and some head horns.
The beetle below this illustrates the difference; the single horn in
front of the eyes is the head horn and the double ones are chest horns.

If one of the genes responsible for their development (gene DII) is deactivated, only large males are affected and can not grow all the head horns, while medium and small-sized one grew theirs normally. This indicates that the path bigger males utilize is different.

In yet another close-related species, O. binodis, inactivating gene DII obliterated horns all around in males and females of all sizes, showing another kind of regulation.[3]

A few more photos just so you can appreciate how evolution creates diversity (after all, Atila’s blog is not named Red Queen for no good reason):

All photos above by © olga_helmy 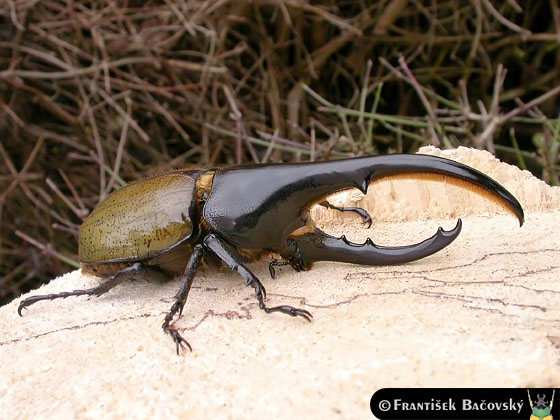 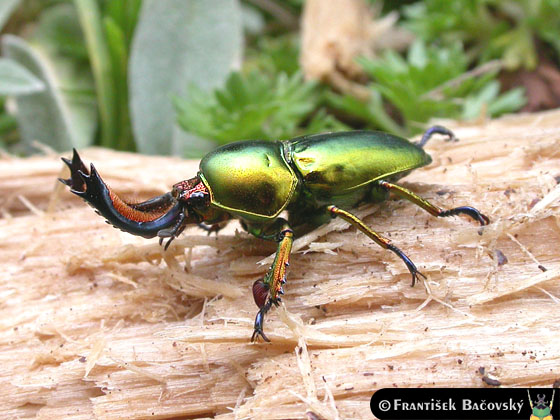 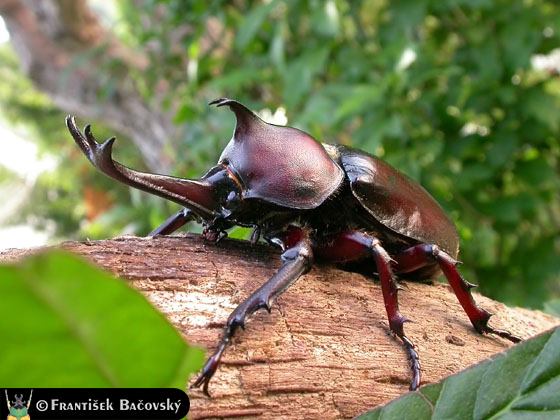 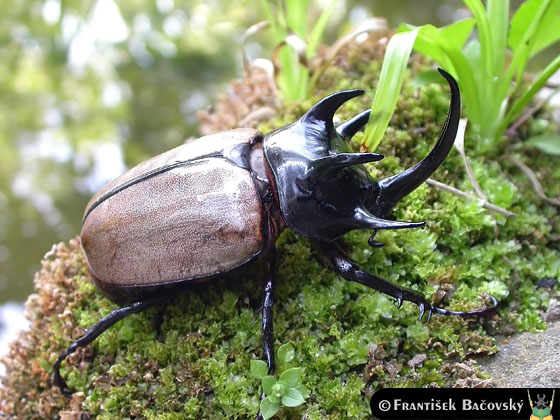