The energy levels of hydrogen and helium atoms in strong magnetic fields
are
calculated in this study. The current work contains estimates of the
ground and
first few excited states of these systems that are improvements upon
previous
estimates. The methodology involves computing the eigenvalues and
eigenvectors
of the generalized two-dimensional Hartree-Fock partial differential
equations
for these one- and two-electron systems in a self-consistent manner. The
method
described herein is applicable to calculations of atomic structure in
magnetic
fields of arbitrary strength as it exploits the natural symmetries of
the
problem without assumptions of any basis functions for expressing the
wave
functions of the electrons or the commonly employed adiabatic
approximation.
The method is found to be readily extendable to systems with more than
two
electrons. 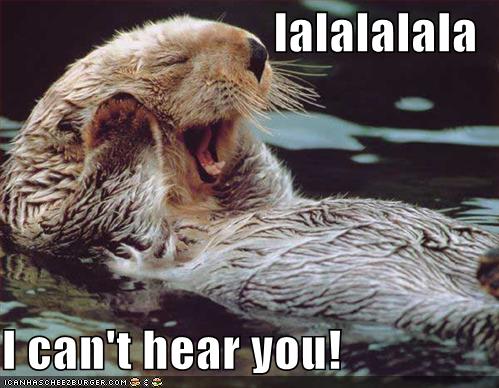 Mr. Google, send me some trolls.

Roubado d’O blog do Pait. Via GReader do Mori.

Via itens compartilhados no GReader do Mori

Let’s not pretend that things will change if we keep doing the same things. A crisis can be a real blessing to any person, to any nation. For all crises bring progress. Creativity is born from anguish. Just like the day is born form the dark night. It’s inventive in crisis that is born, as well as discoveries, and big strategies. He who overcomes crisis overcomes himself, without getting overcome. He who blames his failure to crises neglects his own talent, and is more respectful than to solutions to problems. The incompetence is the true crisis. The greatest inconvenience of people and nations is the laziness with which they attempt to find the solutions to their problems. There’s no challenge without a crisis. Without challenges, life becomes a routine, in slow agony. There’s no crisis without merits. It’s in the crisis where we can show the very best in us. Without a crisis, any wind becomes a tender touch. To speak about a crisis is to promote it. Not to speak about it is to exalt conformism. Let us work hard instead. Let us stop, once and for all, the menacing crisis that represents the tragedy of not being willing to overcome it.

Thoughts on the World Economic Crisis.

If there is one thing that can give a layman in the sphere of economics the courage to express an opinion on the nature of the alarming economic difficulties of the present day, it is the hopeless confusion of opinions among the experts.  What I have to say is nothing new and does not pretend to be anything more that the opinion of an independent and honest man who, unburdened by class or national prejudices, desires nothing but the good of humanity and the most harmonious possible scheme of human existence.  If in what follows I write as if I were clear about certain things and sure of the truth of what I am saying, this is merely done for the sake of an easier mode of expression. It does not proceed from unwarranted self-confidence or a belief in the infallibility of my somewhat simple intellectual conception of problems which are in reality uncommonly complex.

As I see it, this crisis differs in character from past crises in that it is based on an entirely new set of conditions, due to rapid progress in methods of production.  Only a fraction of the human labour in the world is needed for the production of the total amount of consumption-goods necessary to life.  Under a completely free economic system this fact is bound to lead to unemployment.  For reasons which I do not propose to analyse here, the majority of people are compelled to work for a minimum wage on which life can be supported.  If two factories produce the same sort of goods, other things being equal, that one will be able to produce them more cheaply that employs less workmen – i.e., makes the individual worker work as long and as hard as human nature permits.  From this it follows inevitably that, with methods of production what they are today, only a portion of the available labour can be used.  While unreasonable demands are made on this portion, the remainder is automatically excluded from the process of production.  This leads to a fall in sales and profits.  Businesses go smash, which further increases unemployment and diminishes confidence in industrial concerns and therewith public participation in mediating banks;  finally the banks become insolvent through sudden withdrawal of deposits and the wheels of industry therewith come to a complete standstill.

The crisis has also been attributed to other causes which we will now consider.

(2) Reparations.  The obligation to pay reparations lies heavy on the debtor nations and their industries, compels them to go in for dumping and so harms the creditor nations too.  This is beyond dispute.  But the appearance of the crisis in the United States, in spite of the high tariff-wall protecting them, proves that this cannot be the principle cause of the world crisis.  The shortage of gold in the debtor countries due to reparations can at most serve as an argument for putting an end to these payments;  it cannot be dragged in as an explanation of the world crisis.

(3) Erection of New Tariff-walls.  Increase in the unproductive burden of armaments. Political insecurity owing to latent danger of war.  All these things add considerably to the troubles of Europe but do not materially affect America.  The appearance of the crisis in America shows that they cannot be its principle causes.

(4) The dropping-out of the two powers, China and Russia.  This blow to world trade also does not touch America very nearly and therefore cannot be a principal cause of the crisis.

(5)  The economic rise of the lower classes since the war. This, supposing it to be a reality, could only produce a scarcity of goods, not an excessive supply.

I will not weary the reader by enumerating further contentions which do not seem to me to get to the heart of the matter.  Of one thing I feel certain: this same technical progress which, in itself, might relieve mankind of a great part of the labour necessary to its subsistence, in the main causes our present troubles.  Hence there are those who would in all seriousness forbid the introduction of technical improvements.  This is obviously absurd. But how can we find a more practical way out of our dilemma?

If we could somehow manage to prevent the purchasing-power of the masses, measured in terms of goods, from sinking below a certain minimum, stoppages in the industrial cycle such as we are experiencing to-day would be rendered impossible.

The logically simplest but also the most daring method of achieving this is a completely planned economy, in which consumption-goods are produced and distributed by the community.  That, in essentials, is what is being attempted in Russia today.  Much will depend on what results this mighty experiment produces.  To hazard a prophecy here would be presumption.  Can goods be produced as economically under such a system as under one which leaves more freedom to individual enterprise?  Can this system maintain itself at all without the terror that has so far accompanied it, which none of us “westerners” would care to let himself in for?  Does not such a rigid, centralised system tend towards protection and hostility to advantageous improvements?  We must take care, however, not to allow these suspicions to become prejudices which prevent us from forming an objective judgment.

My personal opinion is that those methods are preferable which respect existing traditions and habits so far as that is in any way compatible with the end in view.  Nor do I believe that a sudden transference of the control of industry to the hands of the public would beneficial from the point of view of production; private enterprise should be left its sphere of activity, in so far as it has not already been eliminated by industry itself in the form of cartelisation.

There are, however, two respects in which this economic freedom ought to be limited.  In each branch of industry the number of working hours per week ought so to be reduced by law that unemployment is systematically abolished.  At the same time minimum wages must be fixed in such a way that the purchasing power of the workers keeps pace with production.

Further, in those industries which have become monopolistic in character through organisation on the part of the producers, prices must be controlled by the state in order to keep the creation of new capital within reasonable bounds and prevent the artificial strangling of production and consumption.

In this way it might perhaps be possible to establish a proper balance between production and consumption without too great a limitation of free enterprise and at the same time to stop the intolerable tyranny of the owners of the means of production (land, machinery) over the wage-earners, in the widest sense of the term.