This is the english version of a post written in portuguese, which can be found here.
In order to celebrate the International Women Day, I am writing stories about women in Science. Today I want to tell the story of not one but two female artists that contributed a lot for studies in Botany: Margaret Mee and Maria Werneck de Castro.
Margaret Mee was born in England and came to Brazil with her second husband. Her curiosity and spirit of exploration, helped her to fall in love with Brazilian flora and to start illustrating a huge number of plant species in the Atlantic Forest for São Paulo’s Botany Institute between 1958 and 1964. Between the years of 1964 and 1988, she explored the Amazon forest, where she fought against hunger, sickness, and problems with indigenous population and loggers to bring back hundreds of watercolour illustrations of tropical plants and many other sketches.
Mee’s illustrations are still used by plant scientists in order to identify, describe and study plants. She is internationally acclaimed for the scientific value of her notes and illustrations. This year we celebrate the artist’s 100th birthday.

Maria Werneck de Castro started drawing human anatomy and pathologies working at Manguinhos Institute at Rio de Janeiro. In 1958, she was transferred to Brasilia, the recently built Brazil’s capital, that was still being paved at the time. It was there where she felt in love with the cerrado, the Brazilian savanna. Fighting against the heat, the scolding sun and insects, Maria Werneck captured beautiful images of the local vegetation, drawing it for the scientists of the Botany Department of Brasilia.
Maria Werneck donated her originals to the National Library so they could be available to researchers, that still use her work as reference. 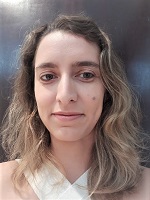 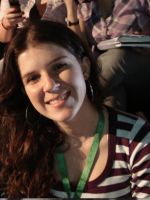