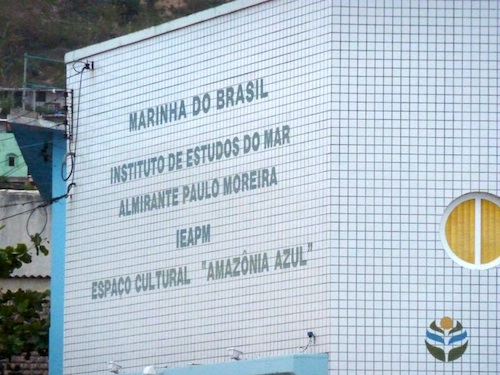 I woke up early, but I was already late.
And, I don’t know how, I managed to run out of gas in the center of Rio. In the end, we arrived in Arraial do Cabo before the bus bringing students and teachers, but, to my surprise, there was, parked in front of the Navy’s Cultural Center, an evangelist “Trio Elétrico“(1). I was about to sit and cry when they left to parade around the city and left us in the Lord’s peace. We arranged everything more or less in time to start the course with a little delay at 8 pm.
I prepared an informal and provocative opening, as I was hoping the entire course would be, a talk entitled ‘Science in a world filled with information’. Scientists discover things that change the world but did not yet realized that the Internet has changed the world in which they live. It not only serves to send and receive e-mails or as a repository for scientific papers. The Internet is a language and we cannot think about doing business, politics, science or teaching in the same way as before. We can no longer, for example, have the luxury of being boring, just because what we have to say is so important. If you are boring, nobody will pay attention to you and see how important it is whatever you’re saying.
Later that night I opened a bottle of ‘Prosseco‘. It was just the beginning, but after months of preparation, I had to celebrate a good start.
(1)Trio Elétrico is a big truck, with speakers all around and a band playing on the top, typical from the carnival in Bahia
Watch this (and some other talks) on the ISMEE’s youtube channel
Tags boring, information, internet, ISMEE, scientist