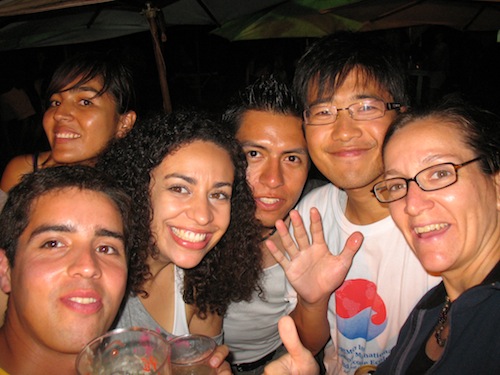 The day started with Dra. Silvana Allodi, a professor who I admire for many reasons, but whose energy dedicated science, I really envy. She is a histologist of many talents and in a world where students are getting dependent on technology; I wanted somebody who could show how eosin, hematoxilin and the good old optic microscope still could answer many important questions. In the end, she provoked the students showing an unusual article, winner of the Ignobel prize, about penguins pooh, from the same author that later, actually this year, also won the Nobel Prize.
After the interval it was again my turn and I have that to confess I was nervous. It is not easy to speak in English, easy not to speak in English to high level students, is not easy to speak in English with high level professors in the room. Especially when the topic, “Creative writing in science” is not my main research area. But the lecture ((you can check it on the school’s channel at youtube) was a success.
After lunch, Dr. Marcelo Einicker came back to assume students seminars. This time they were more confident and there were so many questions after the presentations, that schedule was extended a lot. Students were exhausted! I transferred the night lecture to the following morning (after dr. Gilberto Amado-Filho cancelled) and they organized, as deserved, another barbecue.
Just between us, seven bottles of cachaça were consumed in many, many caipirinhas.
Tags barbecue, cachaça, creative writing, histology, Ignóbel, Nobel, seminars
Tweetar 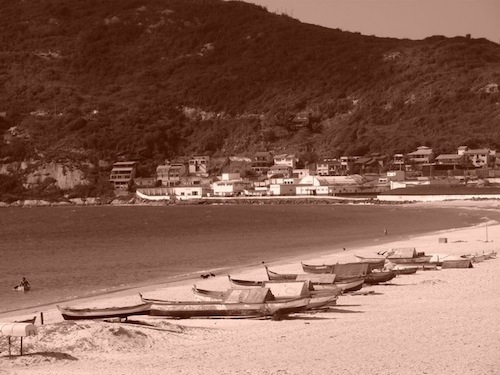 The day started with another international attraction, Dr. Malin Celander of the Gothenburg University, Sweden. Starting from Cytochrome P450, she gave a tremendous lesson, keeping the students attention despite of the beautiful day outside. More than drug-enzyme interaction, she thought biochemistry. Later, in the evaluation reports, the students would write: “I finally understood how P450 works”. After lunch begun the student seminars, under coordination of professor Marcelo Einicker. Although he is not an ecotoxicologist, he is professor of the Biophysics Institute at the Rio de Janeiro University and knows a lot about physiology and is much, much skilled with students. Meanwhile, I was going to the bank to clear the grant from the CNPq, buy plug adapters, make Internet connection works, beg sailors to really clean up the hall and try to find out if coffee was enough for everyone. It seems that seminaries on the first day were not great and students will need to improve a lot before presenting their work in an international conference. At night Dr. João Paulo Torres, who studies concentrations and transport of organic pollutants in the environment, presented the lecture “Environmental (Un)justice in Brazil”. João is not alone a great researcher, but also a voluptuous reader and not only knows the environmental problems, as they are today, but also its causes and history. He knows also, as all we do, that most of the time there is no lack to solutions for these problems but lack of interest to solve them.
Tags environmental, history, organization, p450, seminars, unjustice
Tweetar